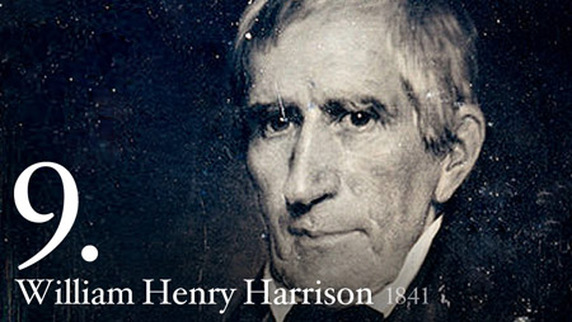 Click on the banner above to go to the William H. Harrison homepage at the University of Virginia's Miller Center. Click on the buttons below for in-depth information about W. Harrison's Presidency. 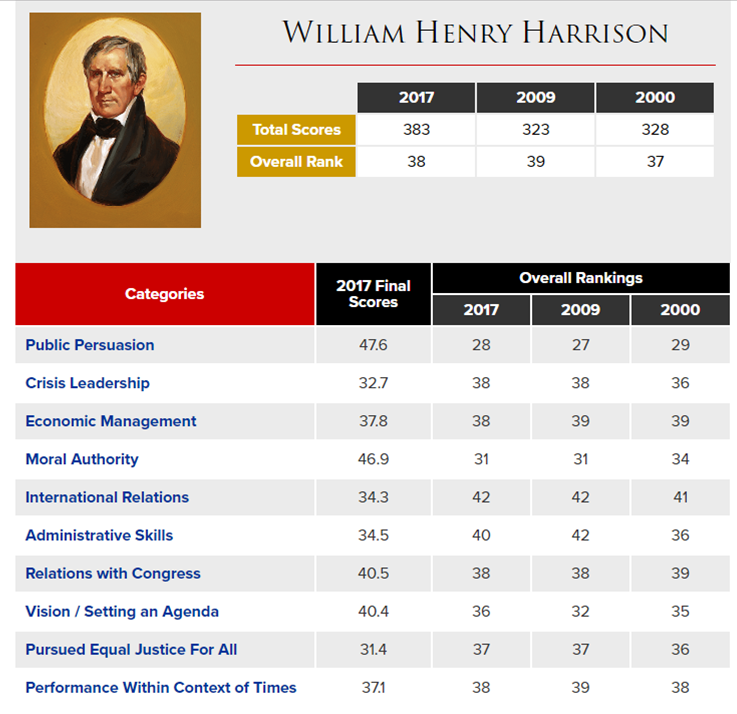 Harrison was the only President who studied to become a doctor... but withdrew.

Harrison's father (Benjamin Harrison V) was a signer of the Declaration of Independence.

Harrison gained national fame when he lead U.S. forces against Native Americans at the Battle of Tippecanoe in 1811 (hence one of his nicknames).

Harrison served in the War of 1812 and was victorious at the Battle of the Thames in 1813. The battle resulted in the death of Native American leader Tecumseh and the disbandment of Tecumseh's coalition.

With the death of Harrison 31 days into office, it meant three different Presidents would all serve during the same calendar year. (Martin Van Buren served from January until March, Harrison served from March until April, and Tyler served from April through the end of the year). Oddly enough, this happened again in 1881 when Rutherford B. Hayes was succeeded by James A. Garfield, who was assassinated later in that year. With the death of Garfield, Chester A. Arthur stepped into the Presidency.

Harrison's grandson, Benjamin Harrison, would become the 23rd President. (Benjamin was seven when his grandfather was elected President, but he did not attend the inauguration.)

Harrison proudly brought his own goat and a cow to provide milk for the White House. After his death, the goat and cow were butchered for meat and eaten by President Tyler and his family. (Tyler was kind of a jerk...)

At age 67, Harrison was the oldest person to be elected President... until Ronald Reagan took office in 1981 at age 69.

Harrison died in the White House before his wife, Anna, had even moved to Washington, D.C. to become First Lady. 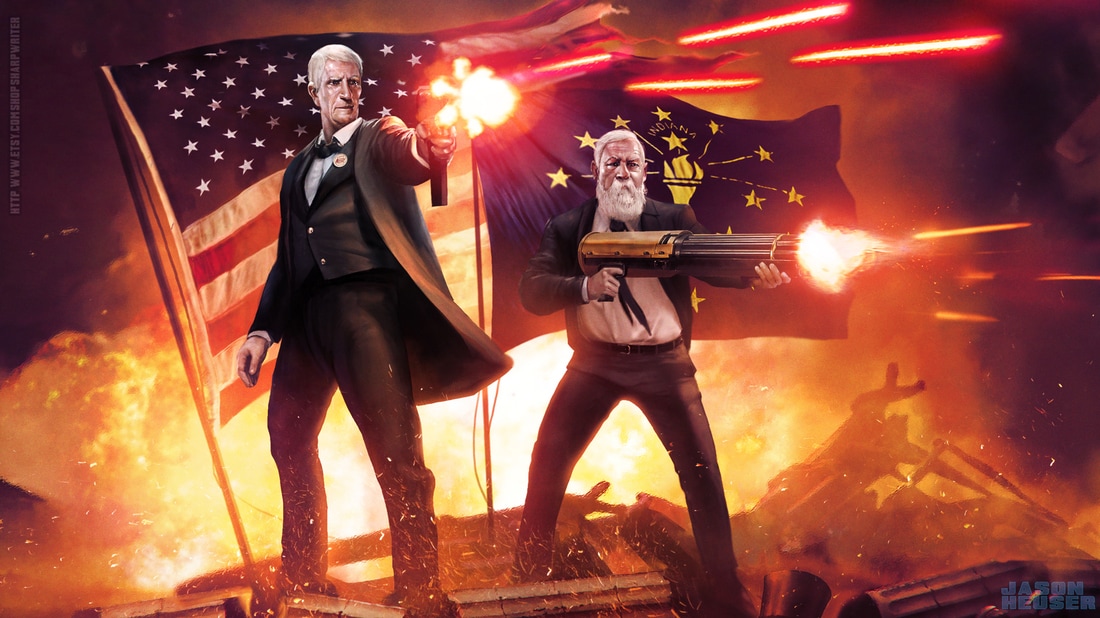 A rare painting of William Henry Harrison and his grandson Benjamin Harrison... out doing what grandparents and grandsons do: become President! [Click picture for a larger version.]