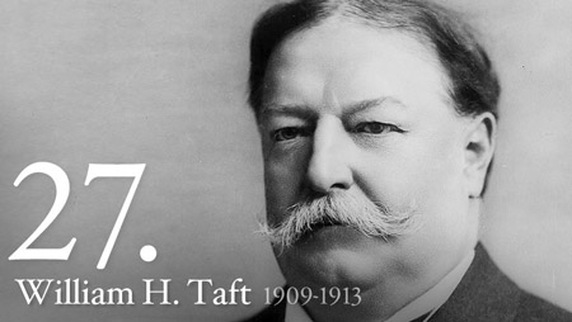 Click on the banner above to go to the William H. Taft homepage at the University of Virginia's Miller Center. Click on the buttons below for in-depth information about Taft's Presidency. 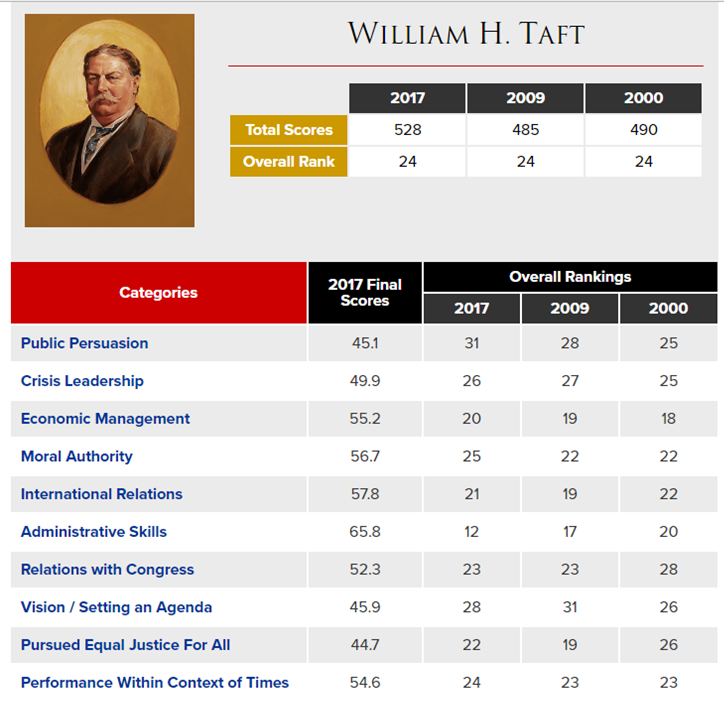 On April 15, 1910, Taft threw out the first pitch at a Washington Senators' Opening Day game against the Philadelphia Athletics. (The Senators won 3-0.) Taft was the first President to throw out a ceremonial first pitch at a baseball game, beginning a storied tradition. In fact, every President since Taft has thrown a first pitch at some point during their term. 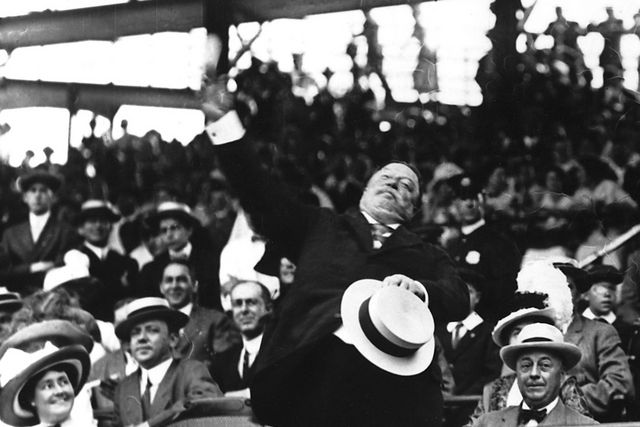 Here are your Commander-in-Chiefs... throwing out the first picth! Click any of the pictures to see a larger version.

The origin of the 7th inning stretch in baseball is much disputed, and it is difficult to certify any purported history. A popular story for its origins is that Taft was at a Washington Senators game in 1910. Sore from prolonged sitting, he stood up to stretch. Upon seeing the President stand, the rest of the spectators in attendance felt obligated to join Taft in his gestures. 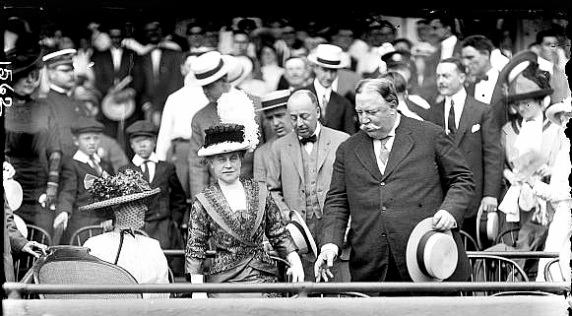 Taft was tone deaf and had to be nudged whenever the National Anthem was played.

Taft was the first President to own a car. He converted the White House stables into a garage. 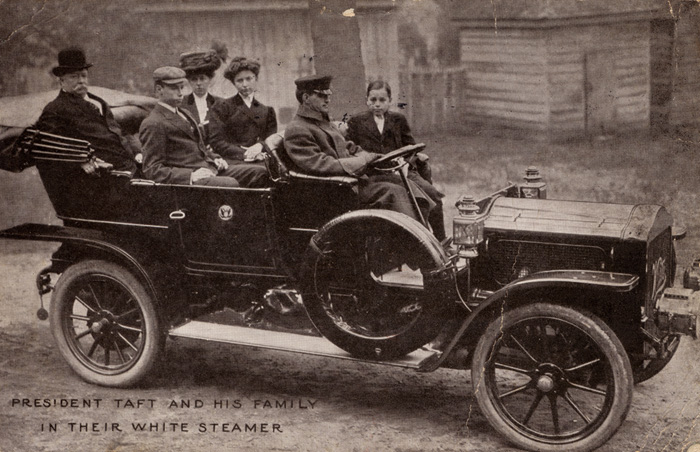 Everyone stay put... and we'll survive this...

Once, when commenting about the White House, Taft called it "the loneliest place in the world".

Taft successfully argued for the construction of the U.S. Supreme Court building. He felt that the Supreme Court should distance itself from Congress since it was a separate branch of the government. Prior to then, the Supreme Court heard cases in the Capitol Building.

Taft was like the big fat guy in any group of friends who made things more fun. He wasn't that huge of a drinker himself... but he was definitely the frat guy in the 5XL Hawaiian shirt making sure all of his buddies were getting drunk. He was the "Bluto" of Presidents. During his first year as President, one of his aides wrote, "The President never takes anything to drink but is most profligate in making others imbibe."

Taft is the only former President to ever have sworn in an incoming President. While serving as Chief Justice, Taft administered the Oath of Office to President Calvin Coolidge in 1925 and President Herbert Hoover in 1929.

Taft's wife, Helen, was responsible for the planting of the Japanese cherry trees in Washington, D.C. Thousands of people flock to the nation's capital every year to see these trees bloom in the spring.